Phi Mu Gamma Tau's primary philanthropic focus is the Johns Hopkins Children's Center by way of the Children's Miracle Network Hospitals. All donations raised for the Children's Miracle Network Hospitals by our chapter stay in the local community for patient care, new equipment and research into children's diseases, illnesses, and injuries. Phi Mu Gamma Tau hosts and participates in a large number of philanthropic endeavors to better our community.

Founded in 1912 as the children's hospital of the Johns Hopkins Medical Institutions, the Johns Hopkins Children's Center offers one of the most comprehensive pediatric medical programs in the country, treating more than 90,000 children each year. Hopkins Children’s is consistently ranked among the top children's hospitals in the nation. It has recognized Centers of Excellence in dozens of pediatric subspecialties, including allergy, cardiology, cystic fibrosis, gastroenterology, nephrology, neurology, neurosurgery, oncology, pulmonary, and transplant.

Pastathon: Since 1986, Phi Mus have raised over $8 million for Children's Miracle Network Hospitals. Each year, the sisters of the Gamma Tau chapter at Johns Hopkins help the National Phi Mu foundation raise money for this worthy cause. We hold Pastathon annually, an immensely popular and successful all-you-can-eat pasta dinner with salad, bread, and desserts in the spring semester. We are grateful to receive such a huge campus turnout and this past spring was no different—the Gamma Tau chapter raised just over $3,500 for Children's Miracle Network Hospitals. 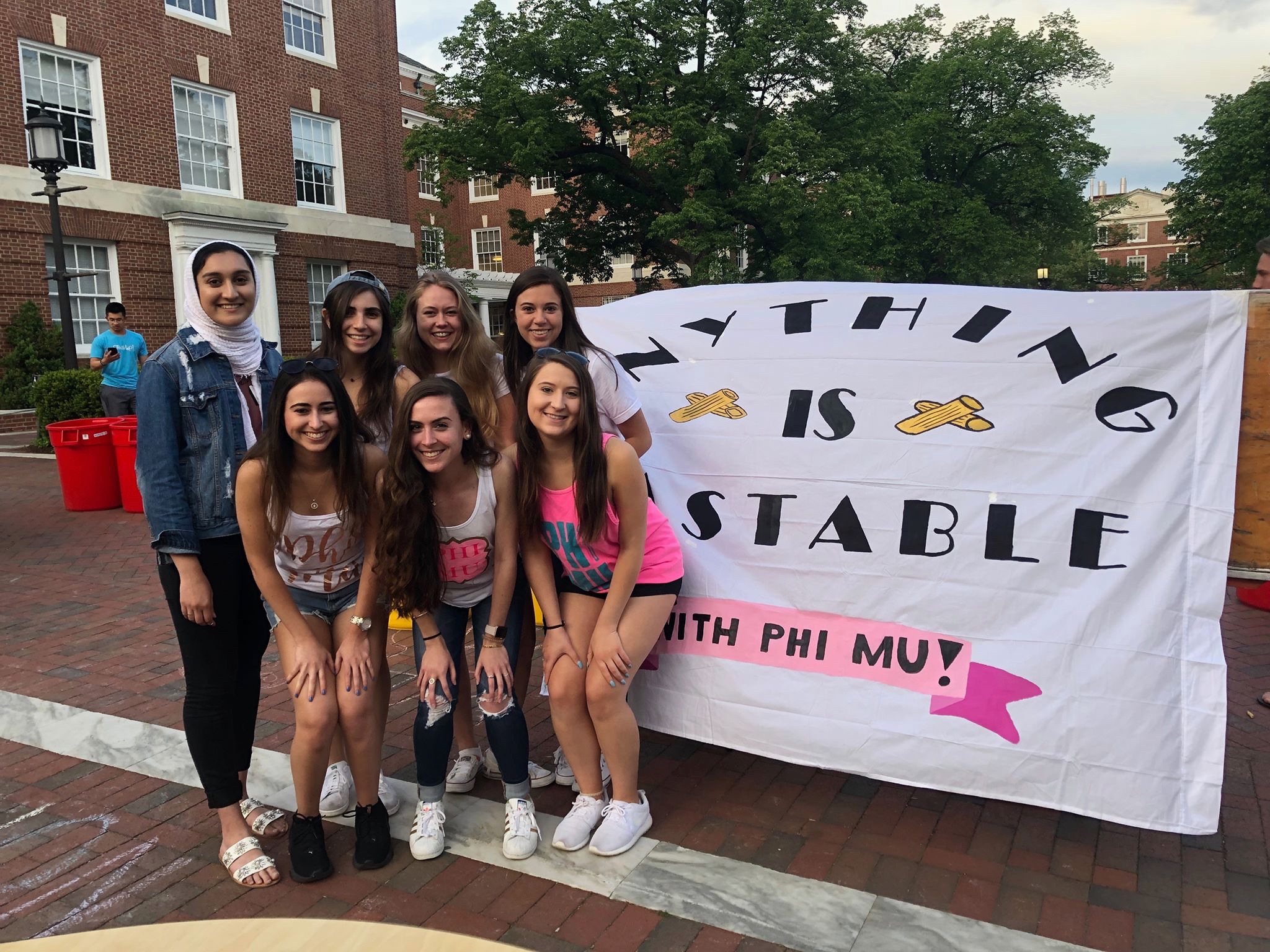 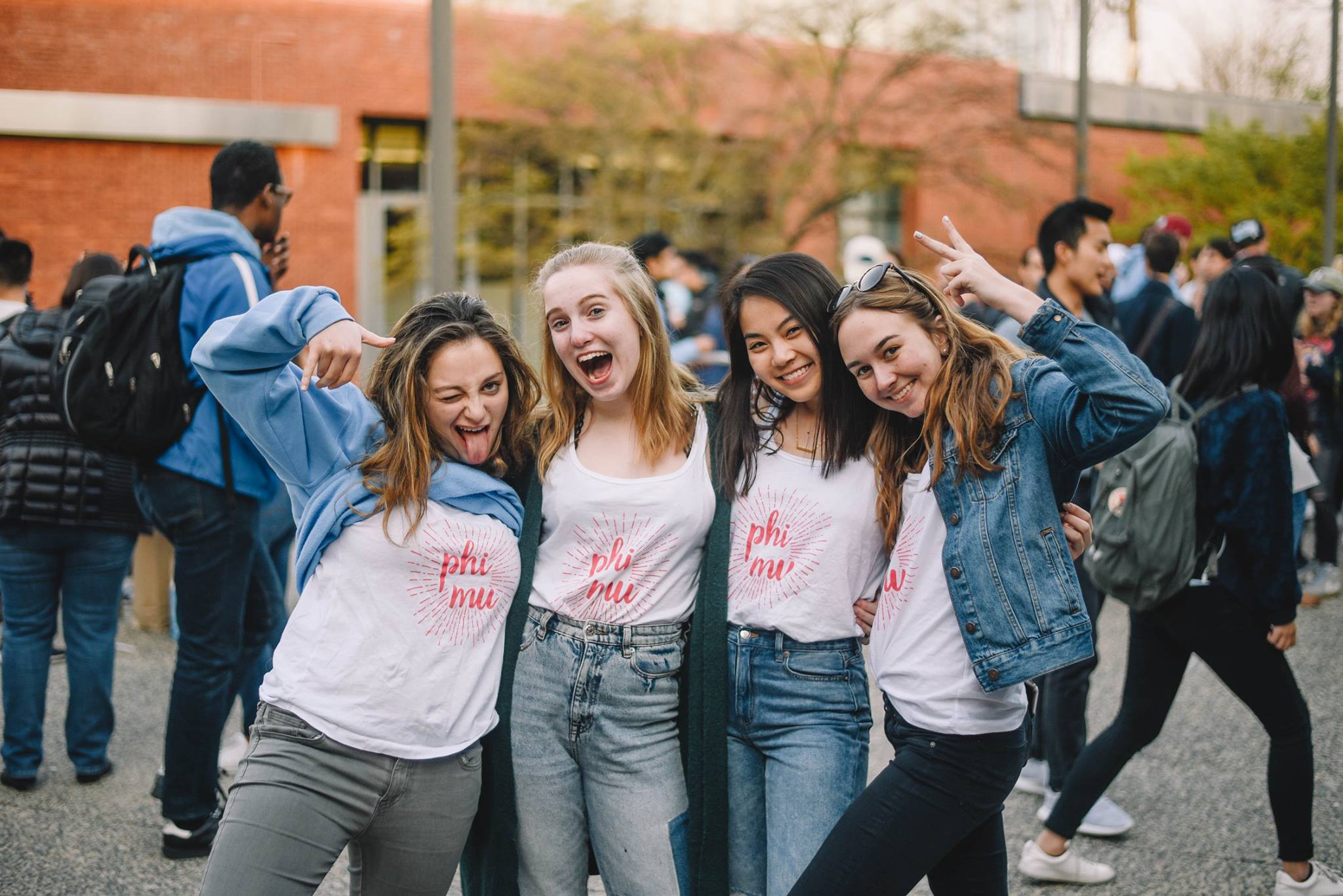 Mr. Phi Mu: Our newest fundraiser, Mr. Phi Mu, was launched in April 2011 to benefit the American Cancer Society, Children’s Miracle Network Hospitals, and Team Katie Oppo, in honor of our loved and lost sister Katie. Mr. Phi Mu is an all-male “beauty” pageant where the men of JHU student organizations can show off their talents and charm in front of hundreds of Hopkins students. Judged by the audience, Mr. Phi Mu is a hilarious event that is not only entertaining, but also extremely rewarding. Phi Mu Gamma Tau held the first Mr. Phi Mu in April 2011, and since then has become our annual fall fundraiser. Gamma Tau contributes thousands of dollars each year to the Katie Oppo Research Fund as a result of this event, honoring Katie in a memorable and meaningful way. 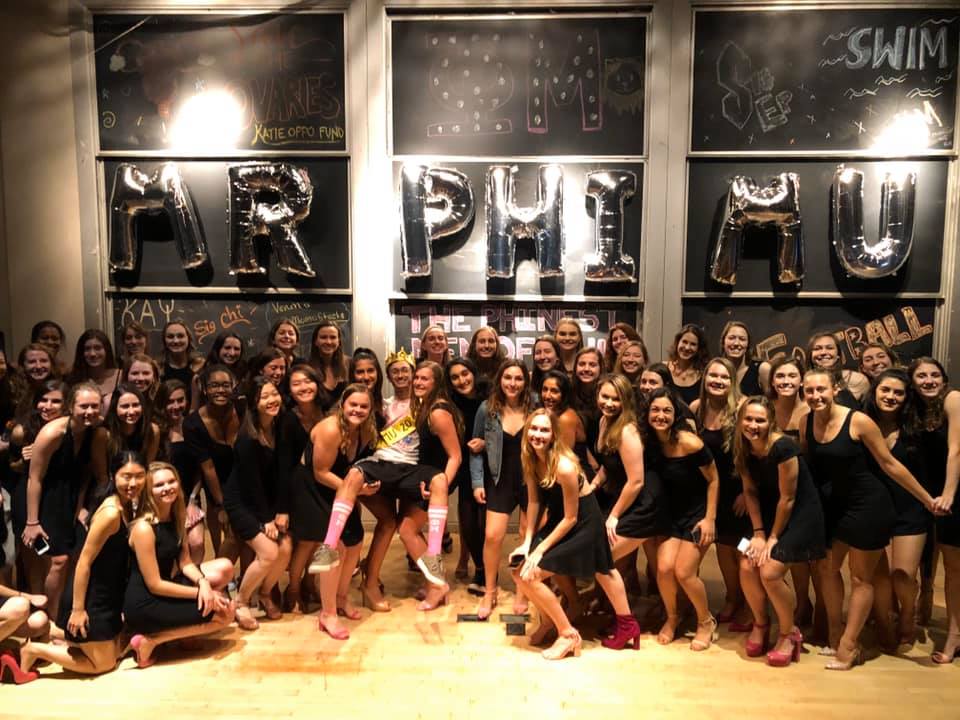 Children's House at Johns Hopkins Hospital: In 1998, Phi Mu Fraternity was proud to become the first NPC organization to establish a National Philanthropy Day. Annually, Phi Mus around the country dedicate themselves to a hands-on local service project on the third Monday of October. For National Philanthropy Day, Phi Mu Gamma Tau volunteers at the Children's House at Johns Hopkins Hospital in Baltimore to spend time with the children who are living there as they receive treatment for life-threatening illnesses at Johns Hopkins Hospital. Gamma Tau frequents Children's House not only for National Philanthropy Day, but also for service visits to host dinners, play games, and work on crafts with the children and their families multiple times each semester.

President's Day of Service: PDoS is Johns Hopkins' annual one-day community service event held each fall. Each year, Gamma Tau sisters form a team to participate in one of the many service efforts that take place throughout Baltimore. The work is an excellent opportunity to get to know fellow sisters and a great way to give back to the city of Baltimore.